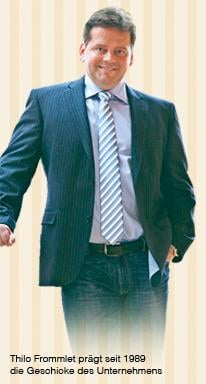 my name is Thilo Frommlet, and I warmly welcome you to GEFRO! For those of you who don't yet know GEFRO, I would like to explain a little about my family business. It is over 90 years old and, I am proud to say, I have actively shaped it over the past 27 years.
Values such as honesty, decency, industriousness, sustainability, humanity, courage, conscientiousness, and a down-to-earth attitude are all part of our family company's success.
My father once said to me "Son, always treat your customers, partners and employees in the same way as you would like to be treated if sitting on the other side of the table". And that's exactly how I do business. Currently, 170 experienced employees, several of whom have been with us for many years, work with care to ensure our customers receive their delectable GEFRO goods, for a bowl full of goodness "Made in Germany".
We have put together a short chronicle to give you a little insight into our family business. We hope you enjoy it. 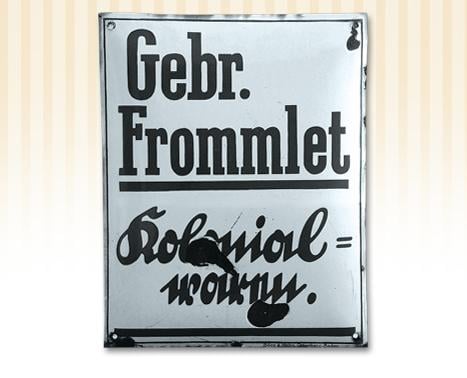 The pianist Gershwin had his big breakthrough in February 1924 with "Rhapsody in Blue", Albert Einstein explained his relativity theory to the world over the newly invented radio. In Berlin, building of the German Imperial Railway began and, on the 1st of February in a little town in the South of Germany, the merchant brothers Josef and Ignaz Frommlet opened their colonial goods business "Gebr. Frommlet" (Frommlet Bros.). 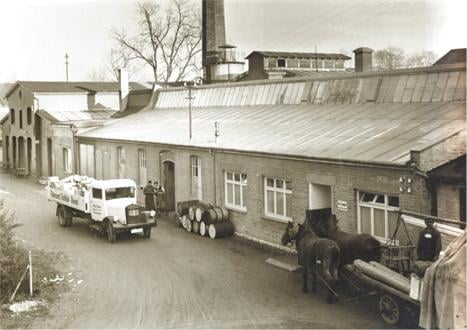 On the 9th of September 1931, the purchase of a factory building in Memmingen was registered, for the proud sum of 4.800 Reichsmark. The company Gebr. Frommlet, with its 18 employees moved in that very year.

GEFRO during the war
Josef Frommlet was drafted for military service, his brother Ignaz led the company during that time. Through sometimes adventurous means, goods were obtained and delivered to the customers. After 1945, things slowly started to pick up again. Ignaz continued to run the operational processes and Josef Frommlet, who was freed from captivity in 1947, overtook the field sales.

In 1961 Robert Frommlet joined the company and so began the second generation of our success story. After the death of his father in 1967, he overtook management of the company. As by then supermarkets were sprouting up everywhere like mushrooms, Robert Frommlet moved away from the diverse array of products the colonial goods company offered, and focused the business on soups, sauces and seasonings. Healthy, tasty and cholesterol free. The start of the fitness wave in the mid 1970's also marked the triumphant entry of our signature product, GEFRO Soup, into German pantries.

GEFROs Vegetable Bouillon & All-Round Seasoning quickly became every housewife's best friend. Word quickly spread about the fine aroma and agreeableness of the delicious soup and it took over kitchens by storm! 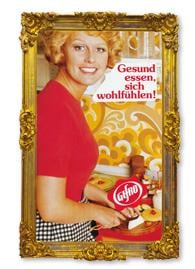 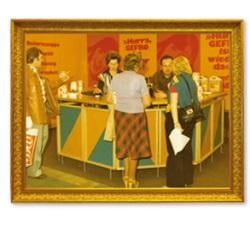 In 1989, the current company owner, Thilo Frommlet, entered the GEFRO team. And, with that, GEFROs direct marketing was born. Samples of GEFROs products were sent to households, allowing the recipients to taste for themselves how delicious this all-round seasoning is. Direct ordering trade gained in importance.

By now, the mail order business has grown substantially. At the beginning of the new millennium, the once small Bavarian business, made it into the Top 100 mail-order houses of Germany. And since 2008, GEFRO also offers products in organic quality. Today, GEFRO is the most well-known business in the country, with brand awareness of 49%, according to market research conducted by forsa*, meaning almost every second German knows GEFRO. Isn't that amazing?

When gefro.de first started, in August 1996, GEFRO was one of the first in the food industry to offer their products in the, at that time, new worldwide computer network, the so called “internet”. GEFRO’s online shop was continually improved, keeping in pace with the rapid technical improvements. What started off as a webpage with our address and telephone number, has developed into the modern, comprehensive online shop you see today!